Registration for 2022 is opening soon!

This 6-day marathon and holiday package offers you the definitive Beijing experience, plus the camraderie of an international bunch united by a few unique common interests - Mikkeller beer and fresh running adventures!

All nights are spent in the capital of China and you will have an unforgettable holiday in this exciting city. With ample time for exploring, you will have an opportunity to visit classic Beijing highlights such as the Forbidden City, Tiananmen Square and the Temple of Heaven. Plus, there will be plenty of chances to sample exquisite local cuisines in the many markets and street stalls of old Beijing. As a member of the MRC group, you are invited to join the MRC Shake Out Run.

Whatever your interests, Beijing offers something for all. Join us!

The itinerary is detailed below. This is what you'll be doing during your stay! 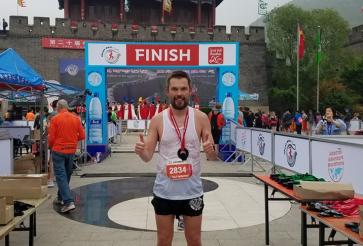 Arrival in Beijing. Transfer buses are available throughout the day and leave for the city with 30-45 minute intervals. Look for "The Great Wall Marathon" sign in the arrivals hall and our representatives will show you to the bus.

All members of the MRC group will be staying at the Radisson Blue Hotel Beijing (or a similar standard hotel). After checking-in to your hotel, check the hotel notice board to confirm your tour guide's name and phone number. Goodie bags will be handed out by the guide. If you don't receive your goodie bag today, it will be given to you on Inspection Day.

The rest of the day is free for you to explore Beijing.

Pre-night - 16 May: Please note, a pre-night can be added to your travel package before 20 April 2023, when booking your package online, or at a later date by contacting us via email. Booking requests received after 20 April 2023 cannot be guaranteed. 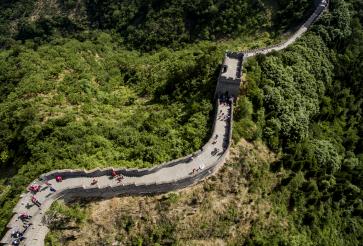 Today, is Inspection Day! This is your time to inspect the route, including a leisurely walk along the Great Wall, and speak with race officials about the forthcoming event.

Our day will begin early in the morning as we board our bus and head to the Great Wall for route inspection. Breakfast will be served as a breakfast box, if your hotel is unable to serve a buffet breakfast before our early departure.

All runners are expected to walk the 3.5km of the Huangyaguan section of the wall that is part of the marathon, half-marathon and 8.5k Fun Run course. Non-runners are also welcome, although good physical condition is required. A sandwich lunch will be served.

We will arrive back in Beijing around 5pm. 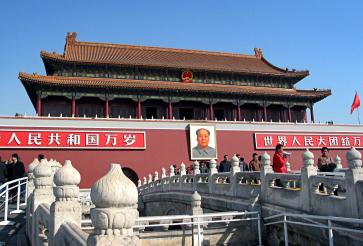 Today is the perfect day for a little pre-race rest, re-fueling and warm-up before the big event tomorrow! To help you get your running groove back, MRC is organizing a special Shake Out Run at 9:00am. Details regarding the route will be provided by your group leader.

Following the group run, the day is yours - spend it filling your senses with the sights and sounds of Beijing!

Why not visit the Forbidden City, Tiananmen Square or the Temple of Heaven? Do a bit of shopping in the Silk Alley. Enjoy a lunch filled with local flavors from one of the many markets and street stalls of old Beijing. Alternatively, head to the Summer Palace, the former summer residence of the Imperial family or see the giant panda at the city zoo.

Whatever your interests, Beijing is a diverse, vibrant and historical city with a wide range of attractions to suit any taste! 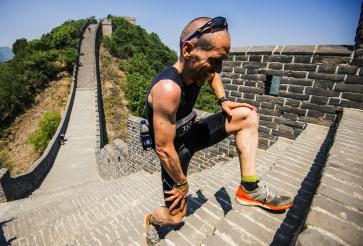 Today is the big day!

Breakfast boxes will be handed out before we leave for Huangyaguan at 3:30am. The race starts at 7:30am. Sandwich lunches will be provided for everyone at the race site. As a special post-race treat, all runners will be treated to Great Wall Marathon Beer, an exclusive recipe crafted by Mikkeller.

Busses will be ready to take runners back to Beijing between 12 and 4:30pm. A 20-minute massage on site is included after the race.

For more information about the race, look here. 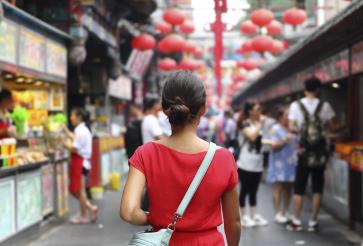 Today is a day of rest and recovery. Or join the group leader for a jog.
The rest of the day can be used to explore more of the bustling Chinese capital.

In the evening, we all gather for the big celebration dinner. All participants will be picked up at their hotels and taken to the party venue tonight. 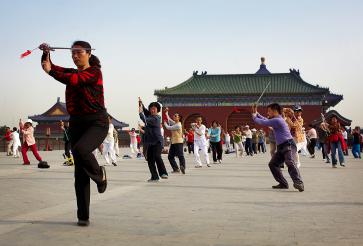 Depending on your departure time, you might be able to do some last-minute shopping or take in more of Beijing's sights. Hotel check-out is before noon.

Please note that the departure transfer is not included in the package but can be pre-booked at an extra cost. See prices for details.

Post-night - 22 May: Please note, a post-night can be added to your travel package before 20 April 2023, when booking your package online, or at a later date by contacting us via email. Booking requests received after 20 April 2023 cannot be guaranteed.

Today Xi'an offers a great mix of old and new. Despite it’s more than 8 million inhabitants the city is much more tranquil than Beijing, yet its streets brim with life, reminiscent of its ancient glory.

Have a look at package prices below. Please note that prices include the race package.

All prices per person

* Kindly note, excursions can be purchased at the time of booking, or later by contacting us via email. The deadline for adding excursions to your travel is 20 April 2023.

Registration for the 2023 Great Wall Marathon closes on 20 April 2023. After this date, no new entries will be accepted. We advise you, however, to book early to avoid disappointment.

If you sign up after 20 March 2023, a late registration fee of 150 USD will be applied to each person on your booking. In addition, the full amount (ie. not just the deposit) must be paid immediately.

We've put together a list of important information about travel in China. Have a look below.

Almost all non-Chinese nationals will need a visa to enter China. There are different categories and you will most likely need a tourist visa (L). Please contact your local Chinese embassy or consulate for more information. The procedure normally requires submitting a visa application form, paying a fee and providing the Chinese authorities with an authorised itinerary from Albatros Adventure Marathons.

6-8 weeks prior to the race you will receive a service voucher which you can use for acquiring a visa. If you have any questions, please do not hesitate to contact us.

Please note that your passport must be valid for at least six months after entry.

Arrival transfers from the airport to the hotel will be available on 17 May 2023 from 8:00-21:00. Busses leave the airport in 30-45 minute intervals. The Great Wall Marathon representatives in the arrivals hall will show you to the bus.  Please be advised that there may be a waiting time of up to an hour at the airport. To organize your pick up please email us your flight details.

Pre- and/or post nights can be booked before 20 April 2023, when booking your package online or at a later date by contacting us via email. Booking requests received after 20 April 2023 cannot be guaranteed.

Pre-night is available: 16 May

If you are a single traveller and choose a shared double room when booking, we will pair you with another traveller of the same gender.

If you prefer to have your own room, choose single room. A single supplement will apply.

Participants must book their flight in to Beijing Capital International Airport (PEK) or Beijing Daxing Airport (PKX) with arrival no later than the day your tour starts (17 May 2023). See "Transfers" for information on transportation to your hotel.

Your departure from China can be arranged as you prefer, but kindly note that the optional departure transfer only goes to Beijing Capital International Airport or Beijing Daxing Airport.

Registration for 2022 is opening soon!